As I am nearing the Leadville Silver King Race weekend (50m bike race Saturday July 16th and the 50m run race Sunday) my nerves going full speed ahead. I am not nervous about the distance so much as I am worried about the distance at 10,000 feet. My training is coming along well and the last 5 days have been a really good balance leading up to today's workout.

Sunday - 16 mile single track trail run at Deer Creek with 3000 feet gain in 2:30
Monday - 40 minute easy bike spin and a 10 mile run with tempo efforts
Tuesday - 55 mile road ride up Golden Gate Canyon with 3000 feet gain in 2:45 and an easy 5 mile recovery run
Wednesday - 10 miles of running in two separate outings of 5 mile high tempo runs in racing flats, working on form and speed
THURSDAY - road bike ride from the house at 3:55 am, climbed up Lookout Mountain by 5:30, flew down the hill on the nice new pavement. Then I locked my bike to a tree, changed clothes and ran up the single track trail of Chimney Gulch for 1900 feet of gain in 3.5 miles. Ran back down, changed back into my bike clothes and rode into the office. I felt pretty weak on the run, but was only about 40 seconds slower than my previous best summit time. I will take it!

Now we head up to Aspen for the 4th weekend. Balancing time with my beautiful family and great friends, while trying to get the lungs exposed to some high elevation. Going to be a fun couple of weeks.
Posted by Run, Motivate, Inspire at 10:24 AM 1 comments

Rarely will unbelievable fortune land directly in your lap, set you up for life and make all your wildest dreams come true. Sure, there will be times when a break goes your way and you may reach a goal without much work. In retrospect, this easily attained reward may not be quite as satisfying as the one you have to scratch and claw towards. Set amazing goals, work your ass off, climb mountains and persevere. How else will you reach your promise land?

I feel as if I have set my 2011 goals and am working my ass off, climbing mountains. But this perseverance thing gets old when your fighting corner is suddenly empty. Lately, it feels like the scratching and clawing are not bringing me closer; two amazing steps forward are met with a pretty substantial step back. Life is fluid, adjusting constantly and fitness does not always line up into a cookie cutter training program. Today begins another great jump ahead for my fitness and I need to draw strength from my surroundings.

Let me know what goal you are struggling with. We have all been there. Do you need a kick in the backside to sign up for a half, a full or a TRI? Are you about to bale on a race because it is too hard and you don't feel like you can juggle it all? NO EXCUSES, life is too short and precious to doubt yourself. All it takes is a little hard work.
Posted by Run, Motivate, Inspire at 11:07 AM 2 comments

We have had an action packed June so far. Amazingly, we have only slept under our roof for 5 nights the entire month. Our travels to the midwest were great and a weekend in Vail for Father's Day was really fun. But the realization that my Leadville Journey is only a few weeks away adds an amazing amount of angst in my life. No way am I ready to tackle the 50m bike, 50m run in July. Or am I?

Memorial Weekend was pretty big. Big time friend, Jason Tischer, an old college roommate of my brother Jared, made it to CO and we lit up the mountain biking and trail running like no other. My plan was to beat his fitness and legs into the ground so that there was no way he could PR and surpass my marathon best time the next weekend. I had been consulting his fitness, nutrition and marathon-ing for the past several months. Jason lost nearly 20 pounds this winter, began running faster than he ever had, survived his CO weekend of over 15 hours of training in 4 days and one week later, ran a 2:55 marathon in Minneapolis (3rd Place Overall). Huge props to Tish! 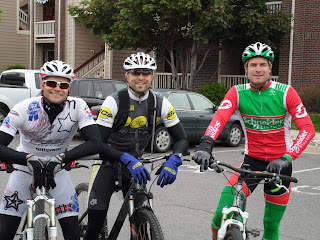 Taking off to Minnesota for a wedding and family time in Wisconsin was a difficult juggling act for the upcoming races. While in Duluth, I hit some gravel running at the Barn, scoping out the wild turkeys and a nosy bear, Nicole and I were able to have a fun run on the Duluth-Superior Trail (narrowly avoiding a porcupine) and some additional runs along the waterfront. In WI, the events, family functions, working remotely, upgrading my parents' technology, left a small amount of time for training. In those small windows, I was able to run and mountain bike nearly everyday. Hitting some great runs with my old friend Ryan and twisting the insanely tight single track with my brother Matt and cousin Tony. So much fun to see how I have personally impacted those 3 guys and their most recent journey to fitness and racing. They have all dropped weight and are running/riding better than they have in years. Keep it up boys!

The Bellin Run 10k in Green Bay celebrated its 35th Anniversary and had a record number of runners at nearly 18,500. It was such a cool event and I had a lot of fun. I have not run a 10k in over 10 years, but I am quite sure my 37:42 was a personal best. Maintaining that speed is not terribly hard for me right now, but attempting to go much faster would have been quite difficult. I am so proud of Nicole for her fastest 10k, she was fired up and ready for her next big event (tbd)!

Our weekend in Vail with the Koski Family was relaxing and laid back. Jeff and I got out for an amazing 90 minute trail run on the North Trail system in Vail. Too many Aspen trees to count with spectacular views throughout, this run gave me some elevation trail running confidence as I felt like I was floating up the steep inclines from 8100 to 9800 feet. Finding that trail running nirvana is pretty easy in Colorado. And once you work at it for a year or so, being able to stride so smoothly at 9,000 feet is an unbelievable high.

Now back to the reality of trying to run and bike as much as I humanly can.

Crazy how fast time flies, Nicole and I are celebrating our 10th Wedding Anniversary this week. She has been the most amazing wife and my best friend. She has always supported my wild plans and her ability to keep me grounded while understanding what drives me is why I am here today. Love you!
Posted by Run, Motivate, Inspire at 11:15 AM 1 comments